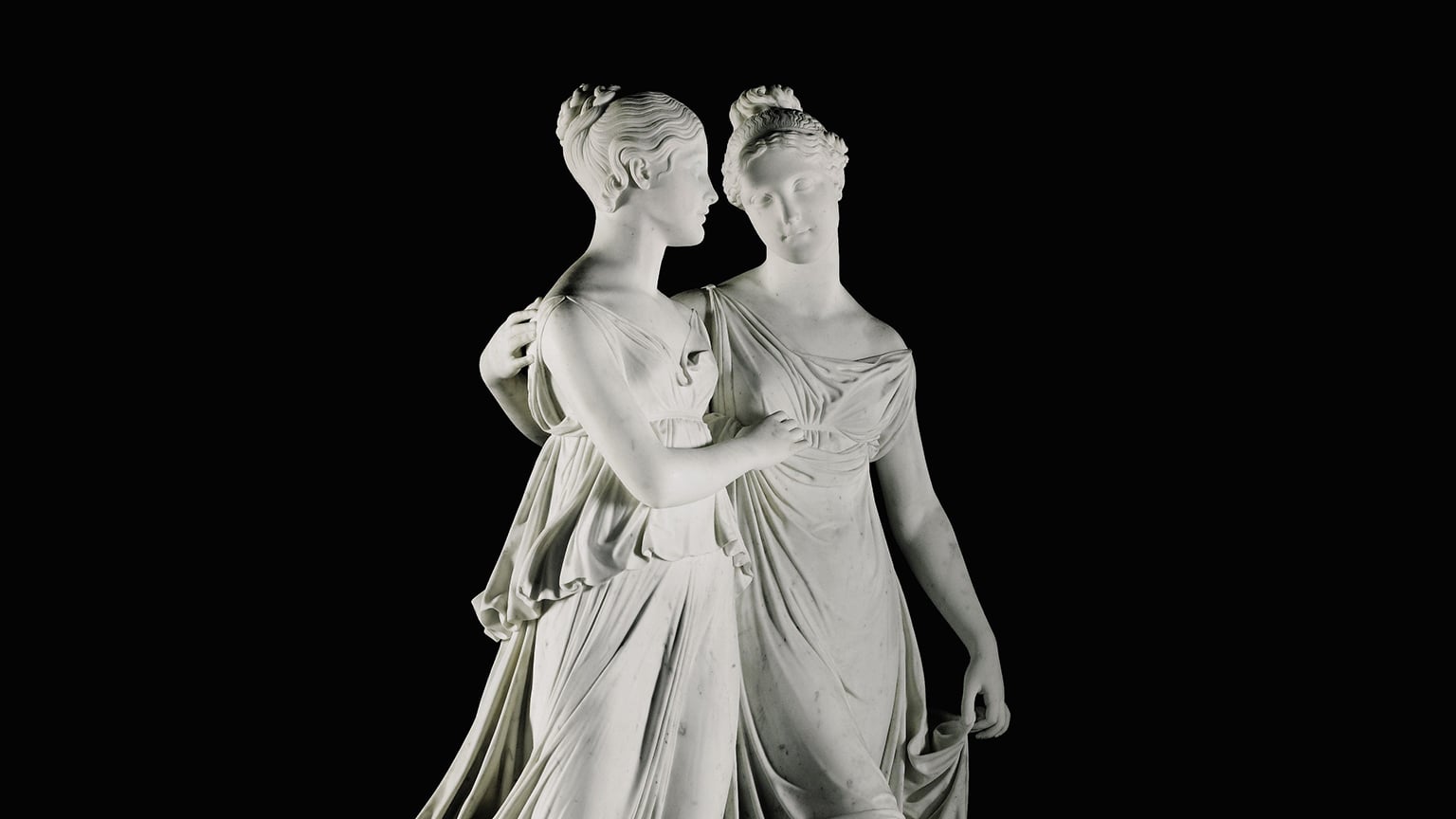 The V&A and the Scottish National Gallery have jointly acquired the sculpture with support from the Art Fund.

Bartolini was a revolutionary and rebel sculptor, now considered to be one of the European greats. His style was distinct to that of his traditional neo-classical contemporaries as he sought to capture the ‘beauty of nature’ in his works. Bartolini’s bas-relief of Cleobis and Biton attracted the attention of the Napoleonic government and secured his fame as a sculptor. In 1839, Bartolini was appointed professor at the Florentine Academy of Fine Arts where he soon gave his legendary life class which overturned academic notions as he presented a hunchbacked model to his students.

The Campbell Sisters Dancing a Waltz is an example of Bartolini’s innovative approach to sculpture. The work depicts an intimate moment between the two sisters, Emma and Julia, with the elder guiding her sibling in learning the routine. Compared to the often static and cold neo-classical sculptures, Bartolini’s strong taste for naturalism infuses the Campbell Sisters with fluidity and charm. It instils the lifestyle of the Campbell family in Italy, living away from the formalities and the expense of Edinburgh and their mother’s native London.

See it on display

This week, the work will be shown for the first time at the V&A where it will remain on display until 20 November. It will then travel to the Scottish National Gallery in Edinburgh and thereafter it will be displayed at each institution for a period of 7 years. Stephen Deuchar, director of the Art Fund, said: ‘We are delighted to have given a major grant towards the purchase of this important and accomplished work. It exudes both charm and technical virtuosity, and will surely be widely enjoyed by the visiting public at both institutions in the years ahead.’