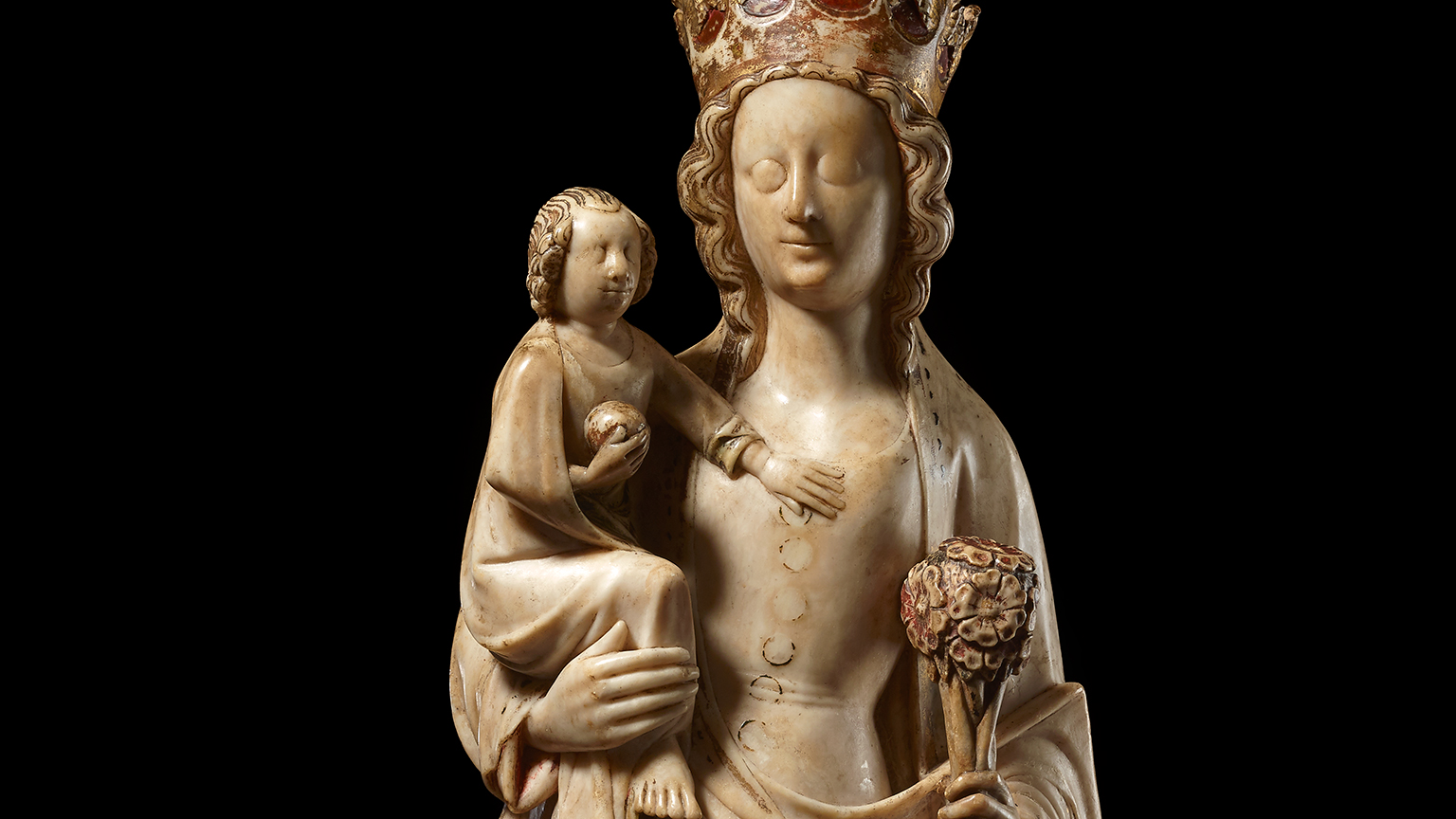 British Museum acquires rare alabaster of the Virgin and Child

One of the few examples of religious imagery to survive the English Reformation, this remarkably-preserved 14th-century sculpture joins the museum's collection thanks to our support.

The British Museum has acquired a 14th-century alabaster sculpture of the Virgin Mary and Child – a rare survivor of the English reformation – with support from the Art Fund, National Heritage Memorial Fund and private donations.

The statue is in extraordinary condition and retains much of its original decoration, making it one the best-preserved of its kind in a UK national collection. Almost all comparable items were destroyed or buried during the conversion to Protestantism in the 1500s. It is thought it may have been exported to the continent at the time of its manufacture, or sold off when imagery of this sort was no longer allowed.

Created during the 14th century, the unknown British sculptor demonstrates great skill in suggesting both the divinity of the Virgin and her role as loving mother. Her face and the foot of Christ are worn as a result of having been touched and kissed by the faithful.

Stephen Deuchar, Art Fund director, said: 'We are pleased to support this early Christmas present for the British Museum's visitors – an alabaster of great rarity and quality. Its survival from the widespread destructions of the English Reformation, and recent rediscovery offers great possibilities for further research and interpretation.'

The sculpture is on display at the museum alongside other iconic objects from the medieval age, such as the Lewis Chessmen, the Royal Gold Cup and the Holy Thorn Reliquary of Jean, duc du Berry.