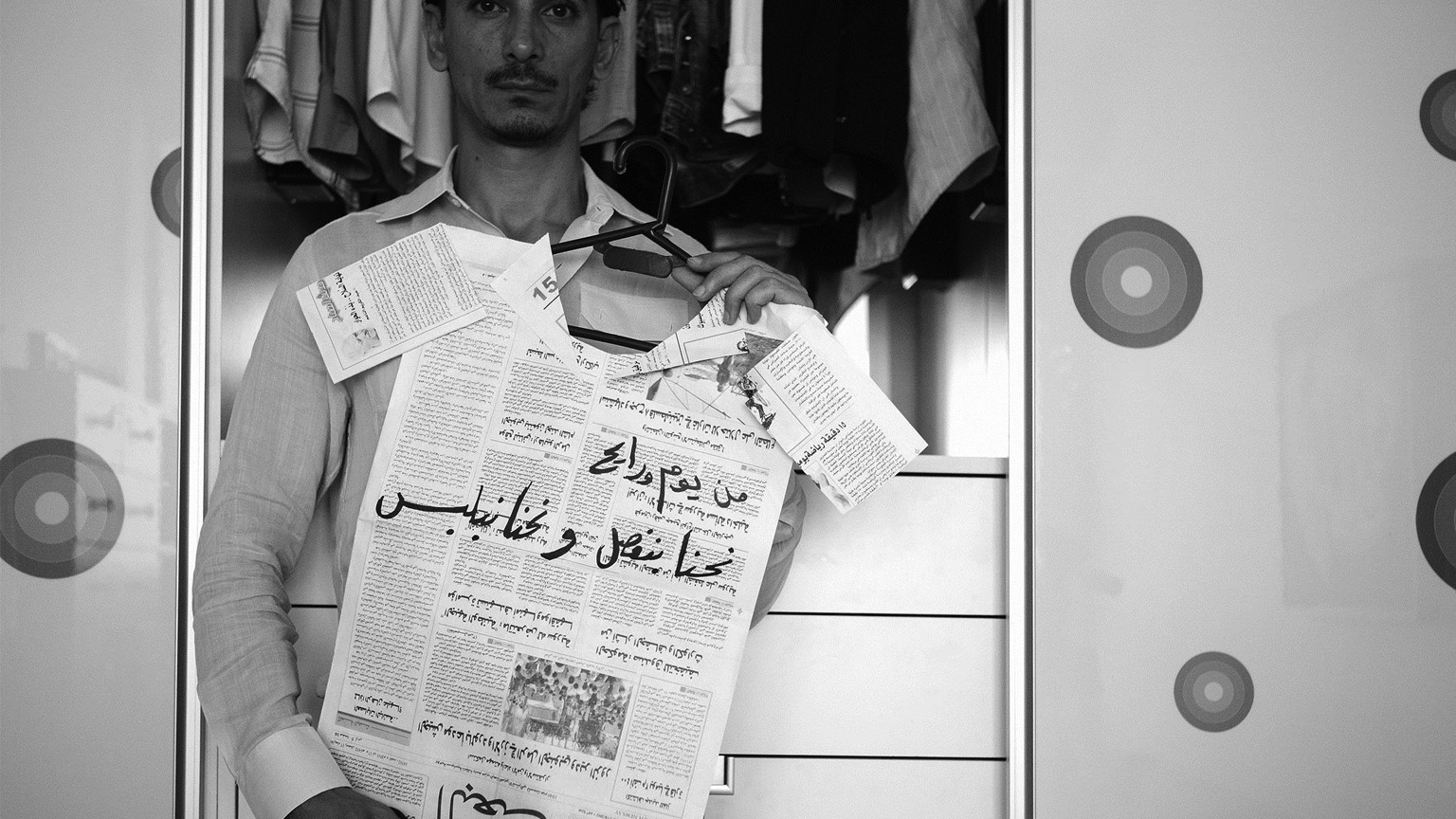 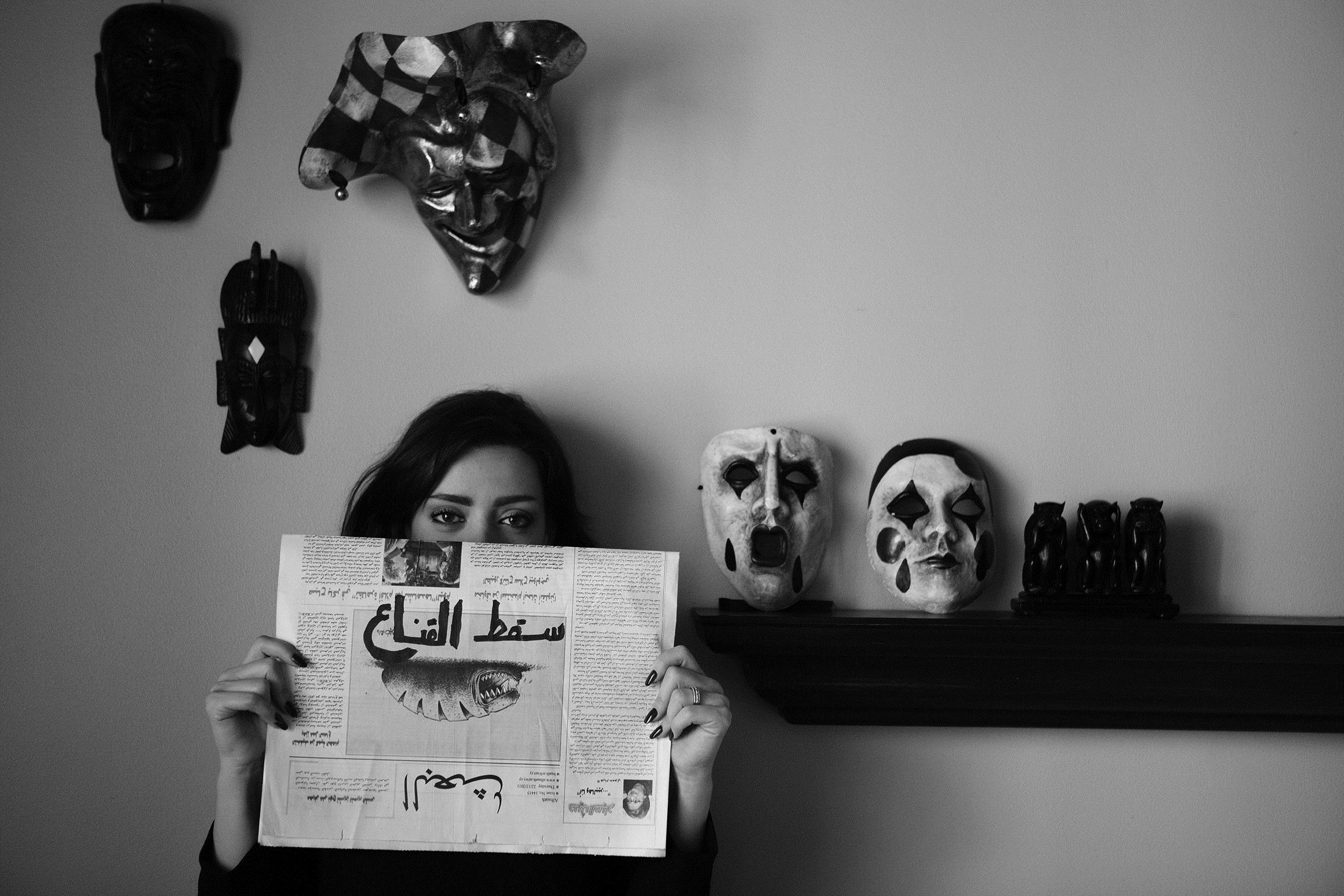 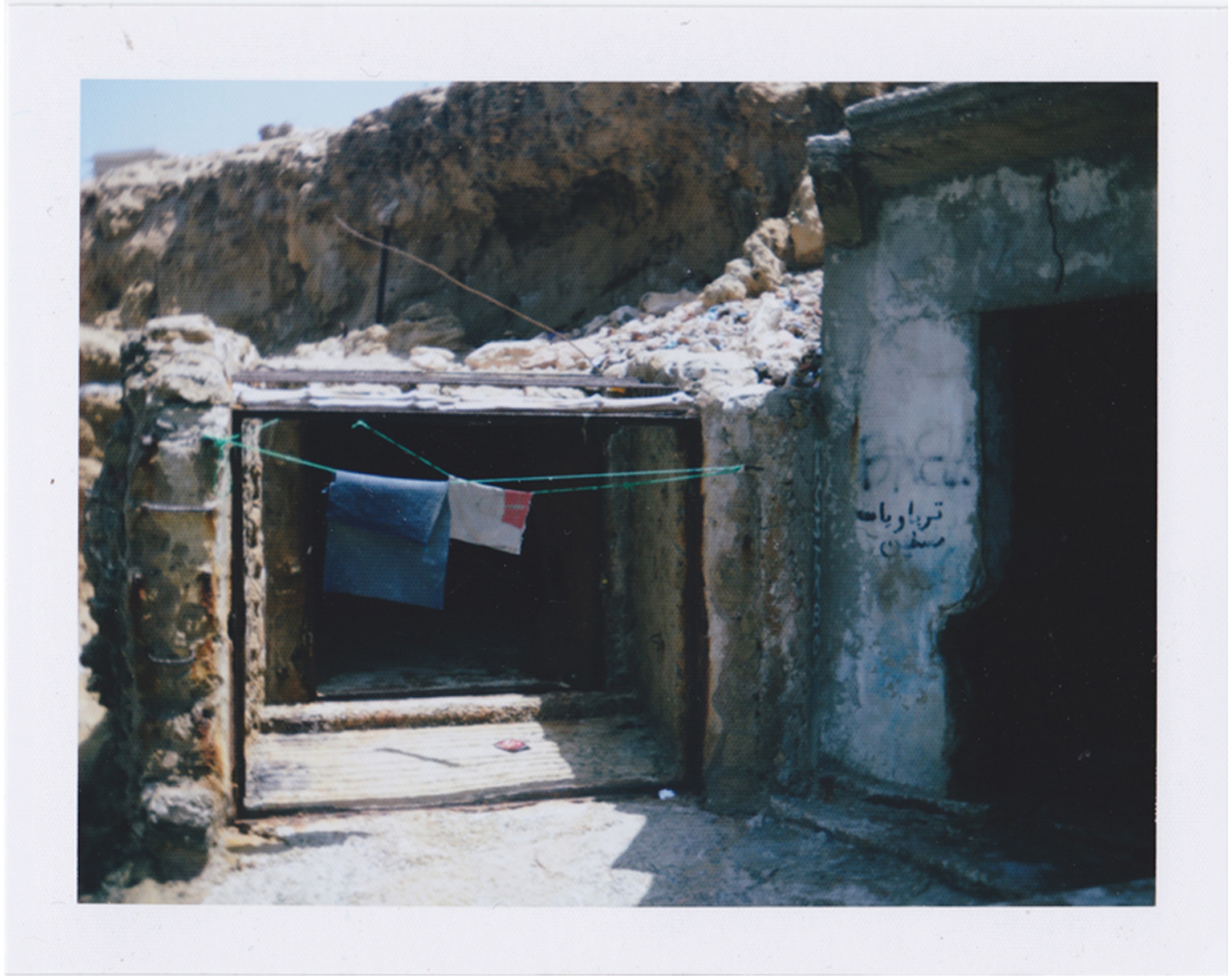 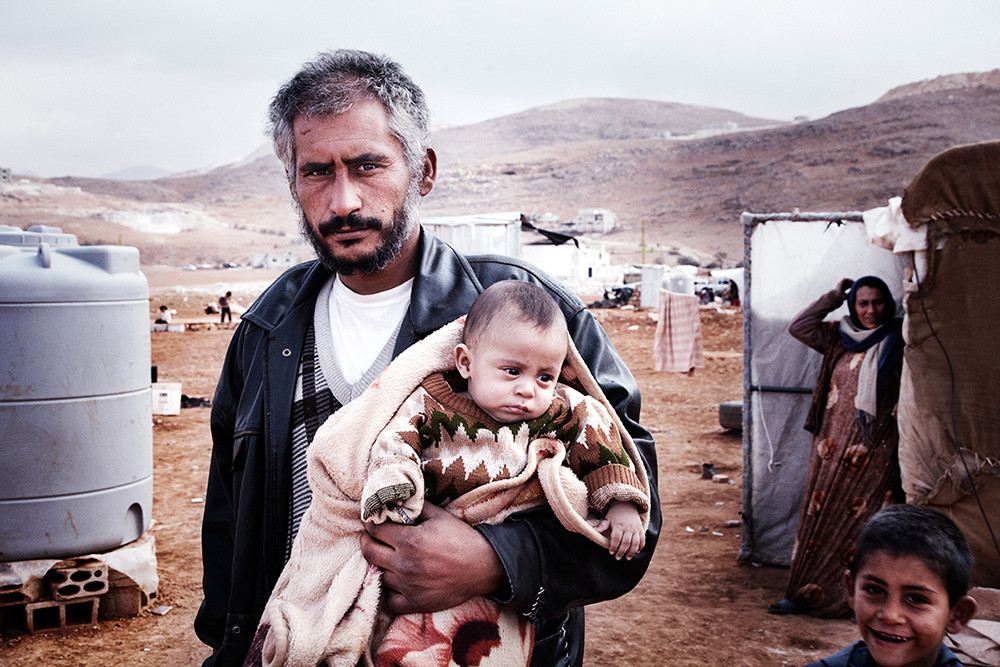 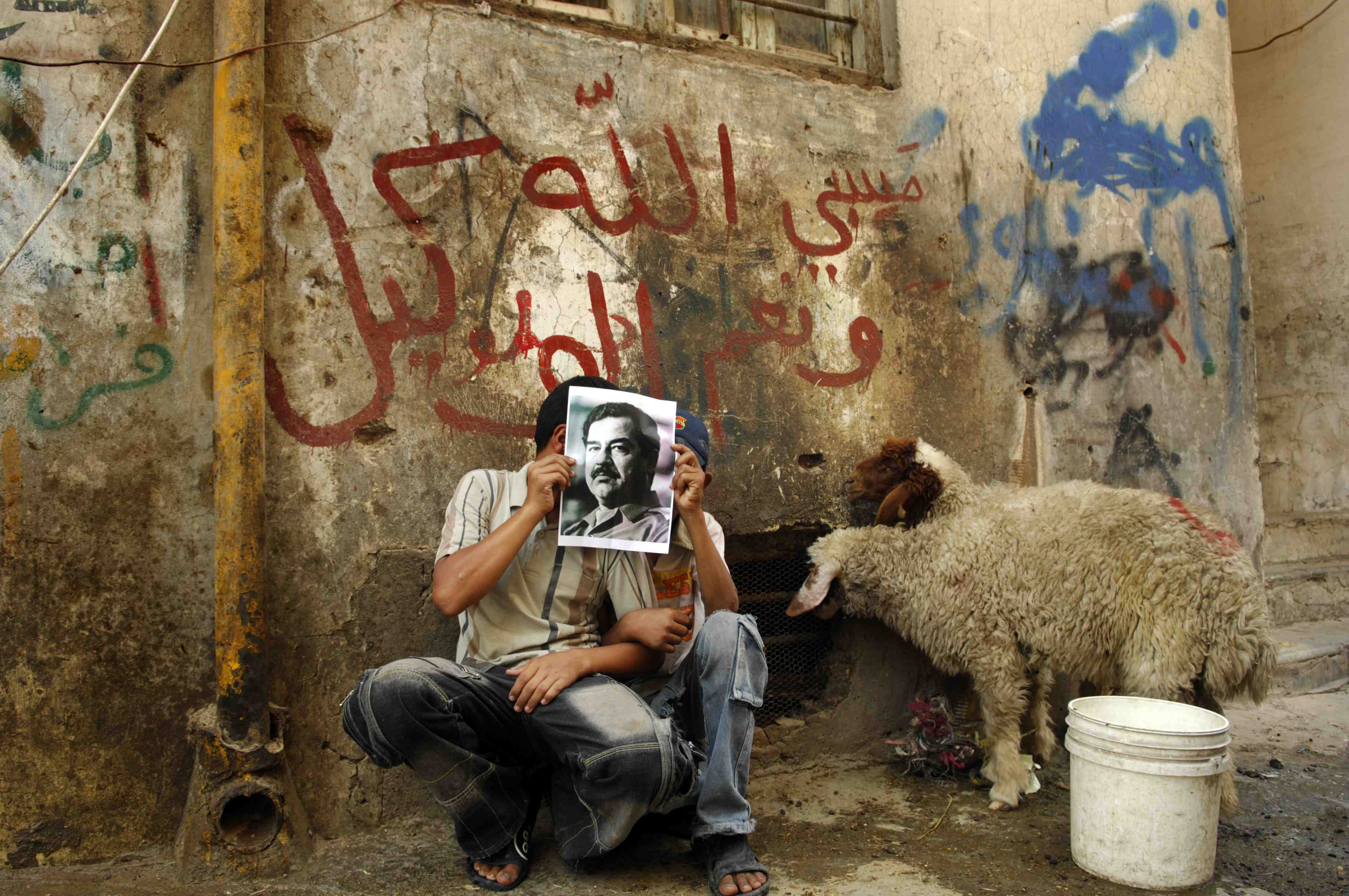 Lydia Ourahmane, Fleeing will save us, Polaroid 2016,

Jamal Penjwany from the series Saddam is Here,

The British Museum has acquired photographs by nine artists from across the Middle East with support from Art Fund.

Syrian artist Jaber Al Azmeh (b1973), in his series Resurrection, invited his sitters to turn the Syrian government newspaper 'al-Baath' upside down and make comments on it.

Four of the artists in this newly acquired group are from North Africa. Algerian-born Lydia Ouhrahmane (b1992) and French-Moroccan Leila Alaoui (d2016), focus on aspects of migration. Through the medium of Polaroids, Ouhrahmane captures the caves where young Algerian migrants hide before making the crossing to Europe from Oran, while the brilliant photojournalist Leila Alaoui, killed in Burkina Faso, highlights the hope of young Tunisian migrants as well as the resignation clearly seen in the faces of refugees from Syria on the border with Lebanon.

Tunisians Nidhal Chamekh (b1985) and Héla Ammar (b1969) turn to events in their country prior to the revolution of 2011. Chamekh focuses on the Bread Riots of 1984, his subject Professor Fadhel Sassi, shot in Tunis, and Ammar on the conditions of prisoners in Tunisian jails.

There are two Iranian artists from different generations – Hengameh Golestan (b1952) captures a demonstration in 1979 by women against the wearing of the chador, while Newsha Tavakolian (b1981) in her photobook based on the idea of a childhood family album, reflects on the gritty, ordinary realities of everyday encounters in Tehran.

Finally, in a direct connection with the Museum’s historic collection is the work of Emy Kat (b1959) who depicts the now-derelict Jeddah house of Harry St John ‘Abdullah’ Philby, a British civil servant and explorer who became adviser to the first ruler of Saudi Arabia. His work is a direct counterpoint to the nearly 700 archaeological items collected by Philby on his travels, now held in the Museum.

Stephen Deuchar, Art Fund director, says: “Many artists today are using the medium of photography to engage with unfolding events across the Middle East. Art Fund’s establishment in 2009 of a special fund to facilitate collecting in this field by both the British Museum and the Victoria and Albert Museum led to the formation of an important body of work, which this new group of acquisitions now joins. We congratulate the British Museum curators on this imaginative and successful progression of a pioneering initiative.”

These photographs are part of a free temporary display in Room 34 – 'Living histories: recent acquisitions of works on paper by contemporary Arab artists', until 22 October 2017.