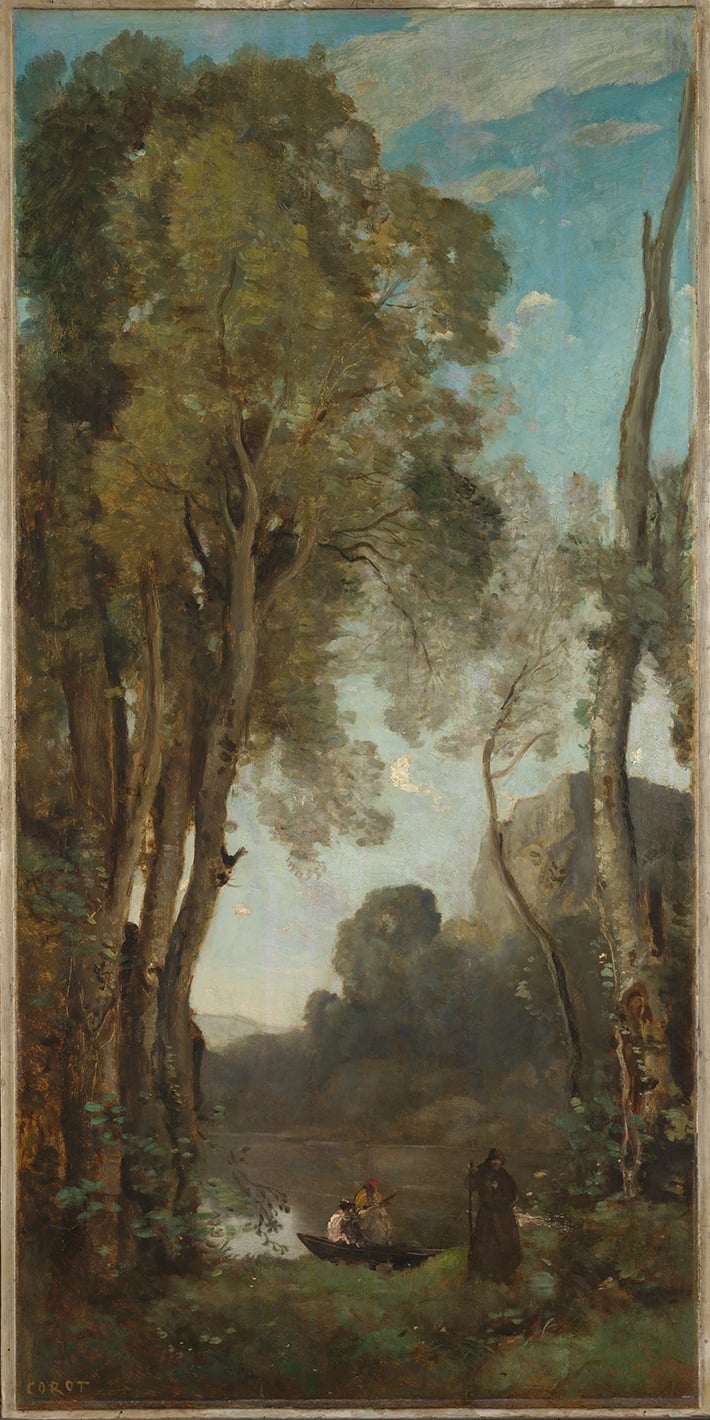 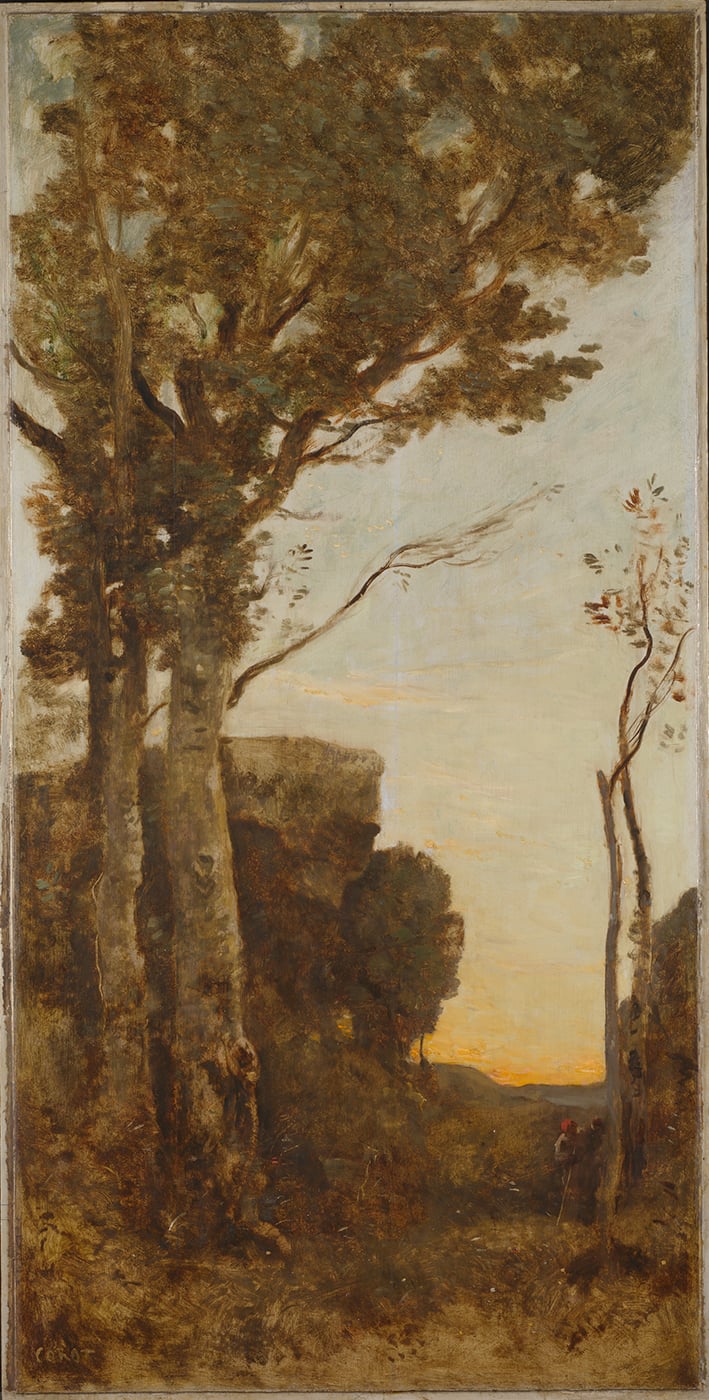 The Four Times of Day

Camille Corot painted The Four Times of Day in about 1858 to decorate the Fontainebleau studio of his fellow artist Alexandre-Gabriel Decamps.

It is the largest decorative cycle by Corot to remain intact. The charming panels show four landscapes representing Morning, Noon, Evening and Night. Each scene features trees in the foreground framing a distant view, a compositional device inspired by the work of Claude Lorrain. The paintings have no fixed narrative, but figures appear in all of them; among them the woodcutter of Noon and the dog-walker of Night. Each panel depicts a subtle change in light, as the golden glow of Morning turns to the brightness of Noon to the blue light of Evening and, finally, to star-studded Night . After Decamps' death, Corot told his biographer, Henri Dumesnil, that he had completed the cycle in just a week, prompting Decamps to exclaim: 'Not so fast, don't hurry so, there is still enough soup for a few days more.' In 1865 Decamps' collection was auctioned in Paris, and later that year The Four Times of Day was acquired by the British painter Frederic, Lord Leighton. Leighton had met Corot and admired his work, finding inspiration in his Italian studies for his own paintings. He bought the four pictures with the express intention of hanging them in the drawing room of his newly built house in Holland Park, now Leighton House Museum. The highly aesthetic colour scheme of the drawing room – with blue floorboards and brown walls – was conceived to complement the colour scheme of the paintings, which hung on either side of a window. After Lord Leighton's death and studio sale in 1896, the art critic Robert Alan Mowbray Stevenson wrote, 'The Corots deserve a place in the National Gallery, and if any millionaire should care for Corot, Lord Leighton, England, or art, he could not do better than present them to the nation.' The paintings were acquired at this time by Lord Wantage and passed through his family to the late Christopher Loyd, who lent them to the National Gallery from 1997. They now join the gallery's world-class collection of 21 other works by Corot, and will make a valuable contribution to its 2016 exhibition Painters' Paintings, an examination of the fascinating subject of art previously owned by artists.

This work was acquired with assistance from the Wolfson Foundation.