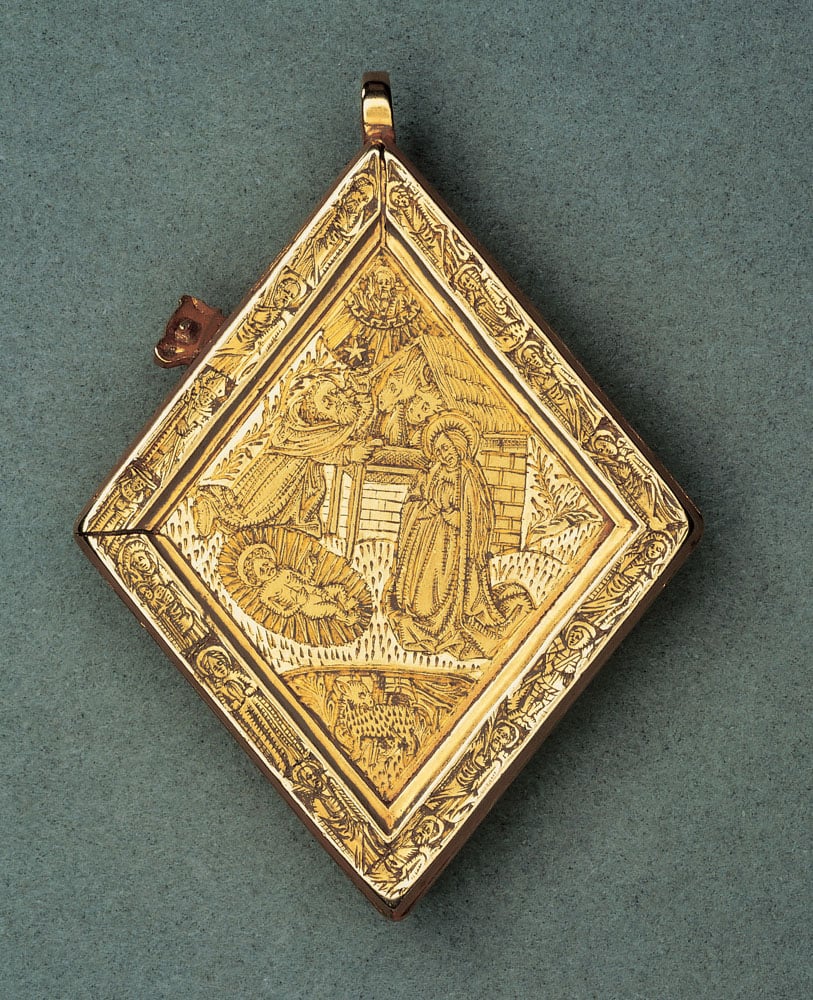 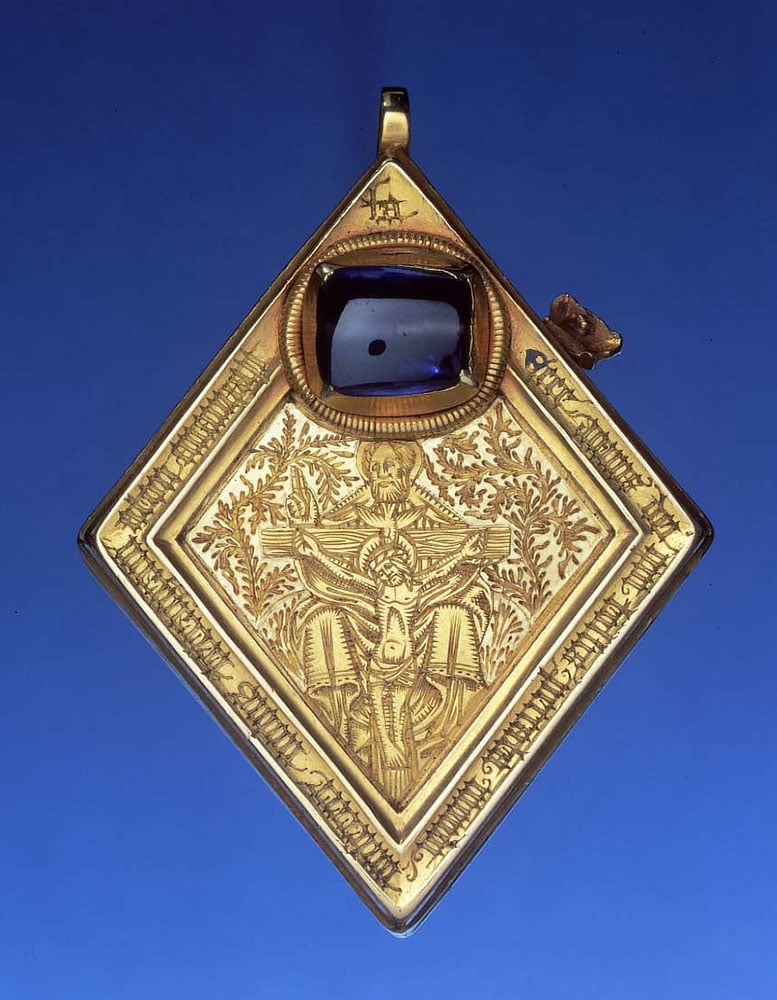 The Jewel was saved for the nation as the result of a public appeal and the Art Fund played a vital part in its success.

This piece of medieval jewellery is most remarkable, partly because of its size and material but, above all, by the interest and quality of the engraving of the two scenes of the Trinity and Nativity. These would have placed it in the first rank of medieval jewellery in the fifteenth century. On the front of the Jewel is a large sapphire, a Latin inscription and an engraving of the Trinity. On the back there is a scene of the Nativity beneath which is the Lamb of God and the figures of fifteen saints on the frame. Holes on the side indicate that there may have been a metal-work frame around the Jewel possibly once decorated with pearls. There is a key which once served to lock the sliding panel by which the Jewel can be opened. This work was acquired with assistance from the Wolfson Foundation. 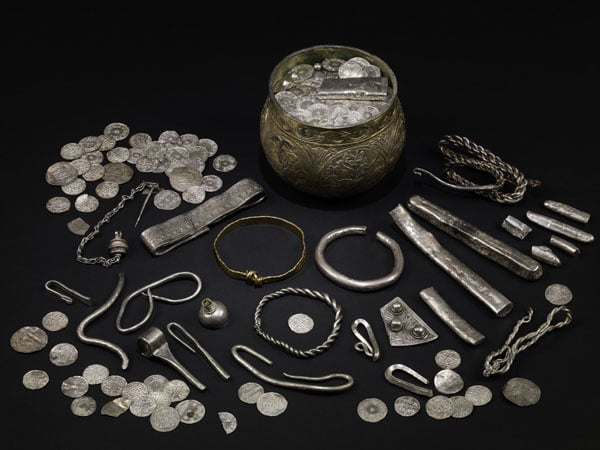 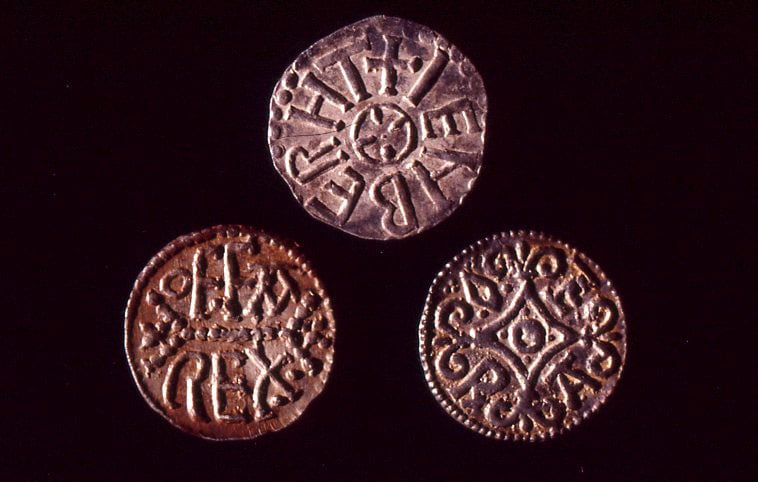 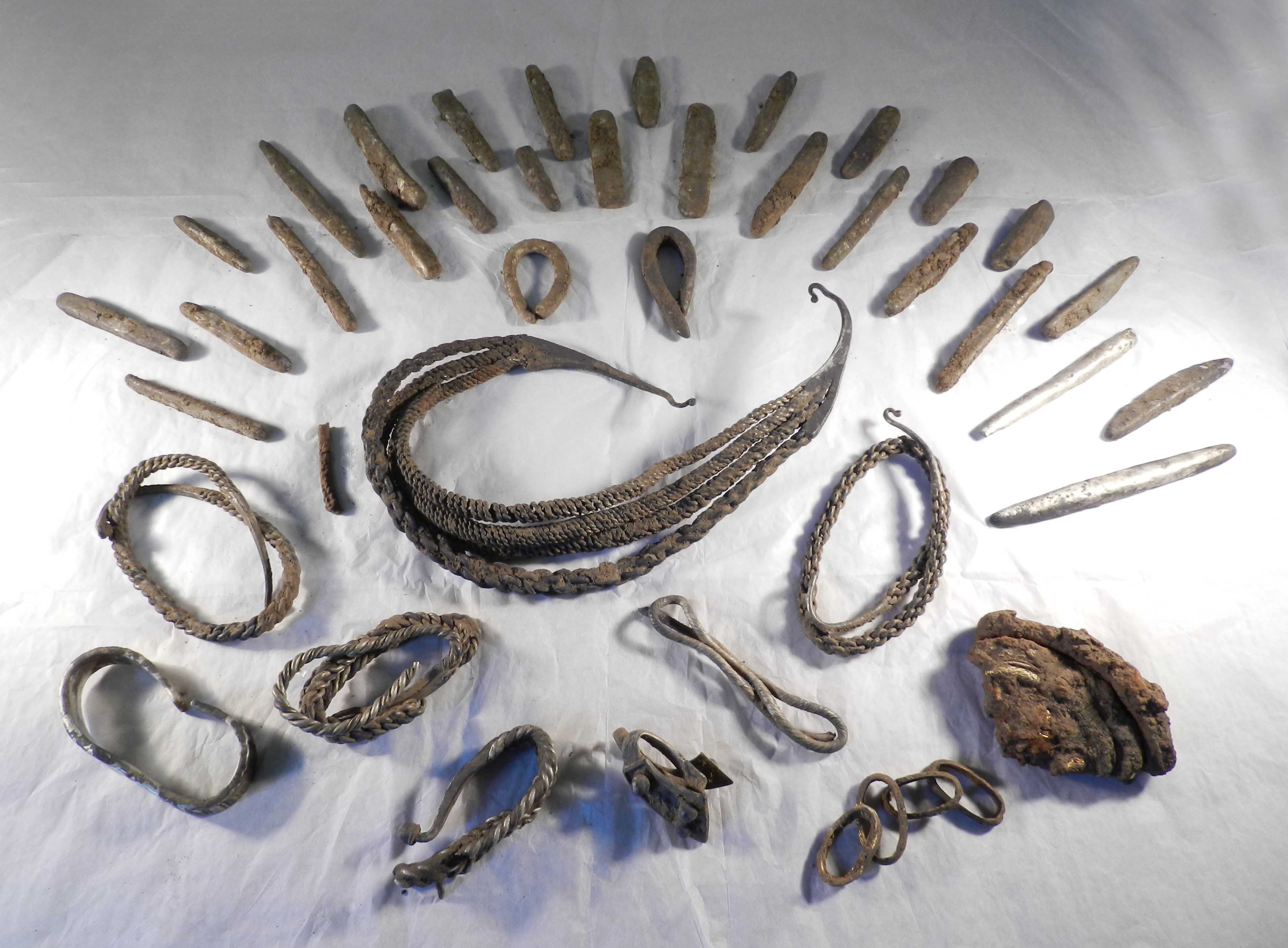 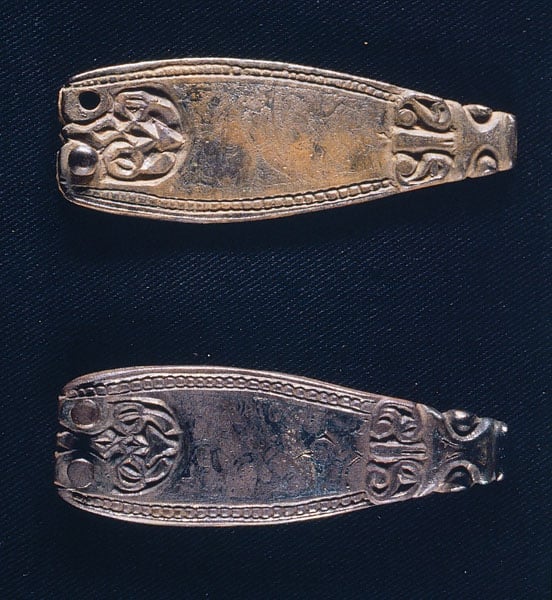 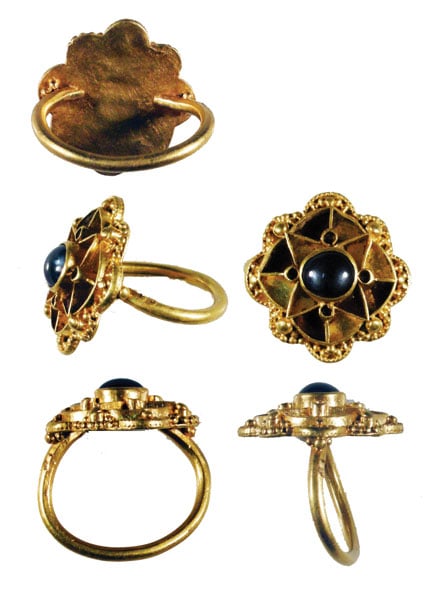 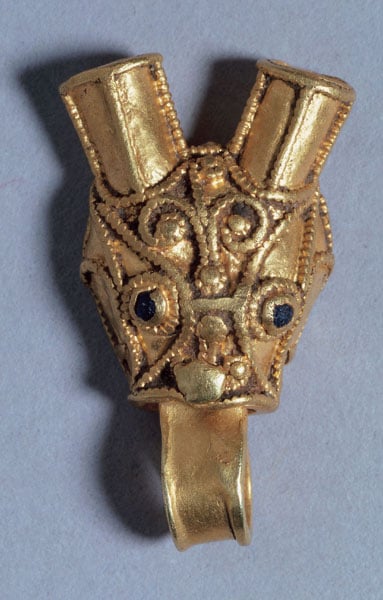 Fitting in Form of Animal's Head 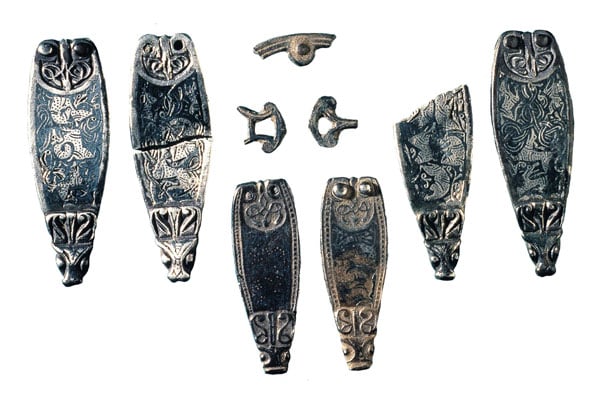 One of the star attractions at Yorkshire Museum is the Middleham Jewel, which the Art Fund helped the museum to acquire in 1992. Dating from around 1460, this gold and sapphire pendant, displaying the Holy Trinity and scenes from the Nativity, was saved for the nation as a result of a national campaign and public appeal.

One of the more unusual items in the Yorkshire museum is a 9th-century fitting in the form of an animal's head. The large tongue protruding from the ram-like head creates an attachment loop, while the two ears or horns function as sockets. Blue glass eyes give the creature a terrifying stare.