The Amazing World of MC Escher 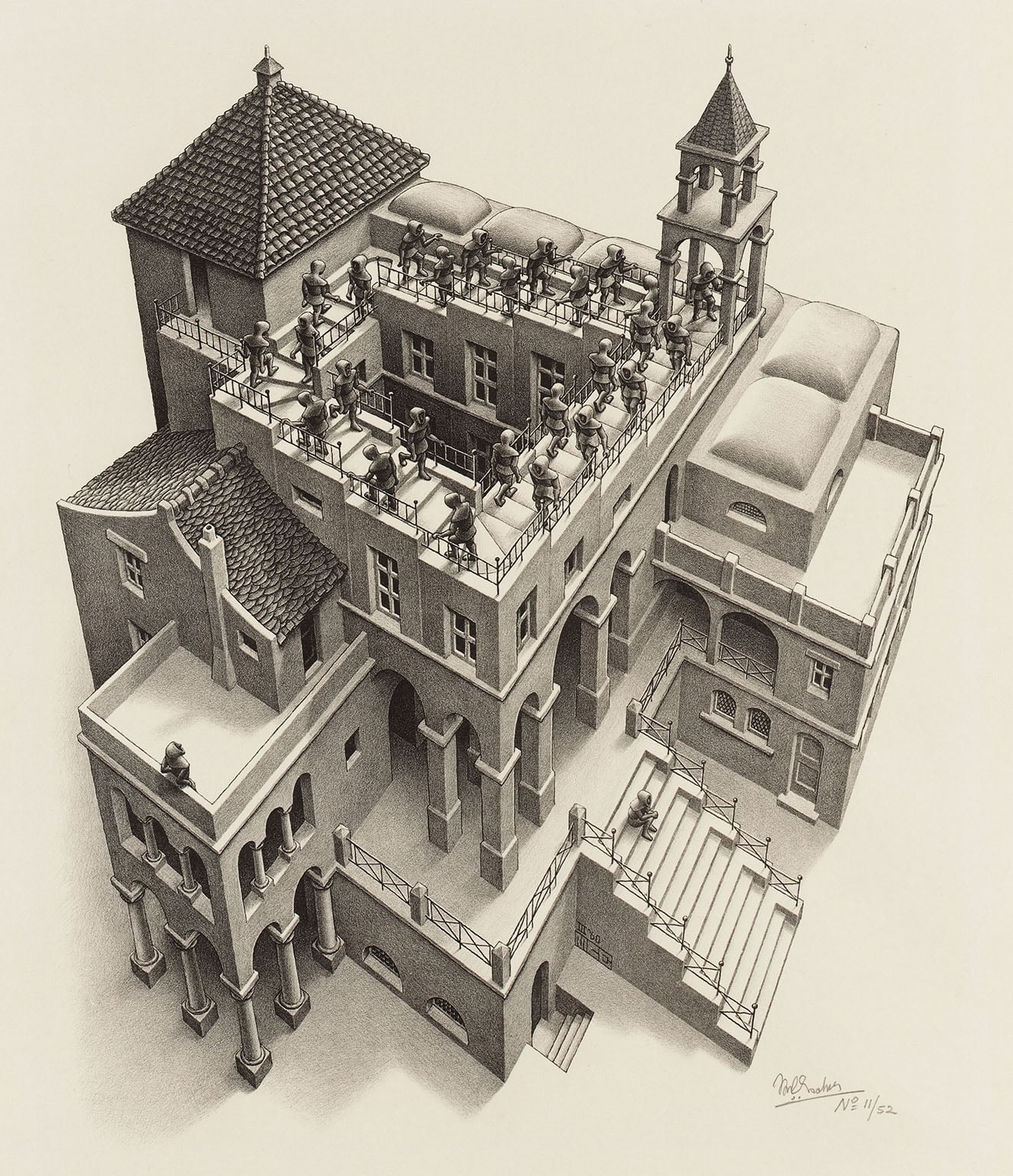 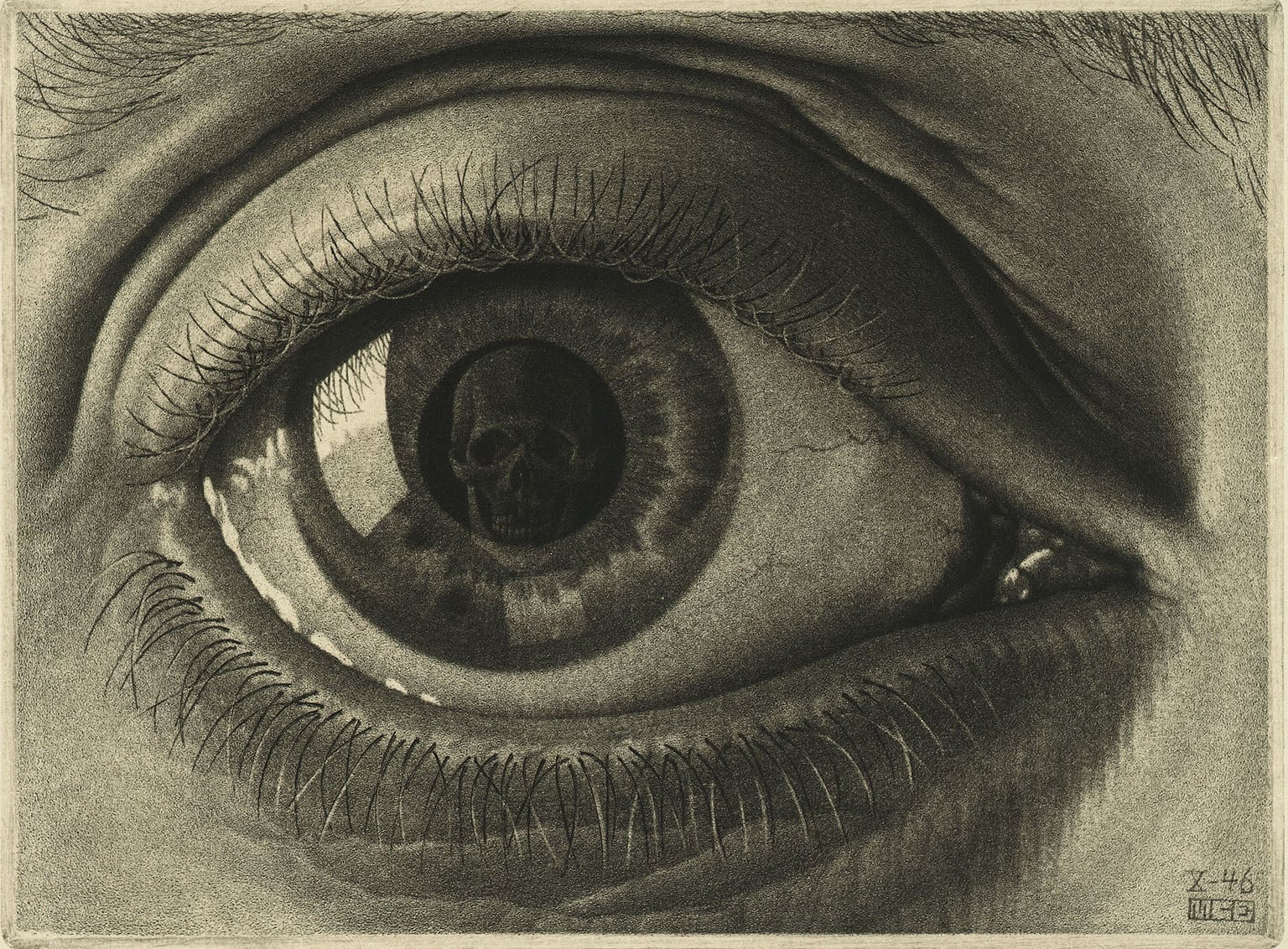 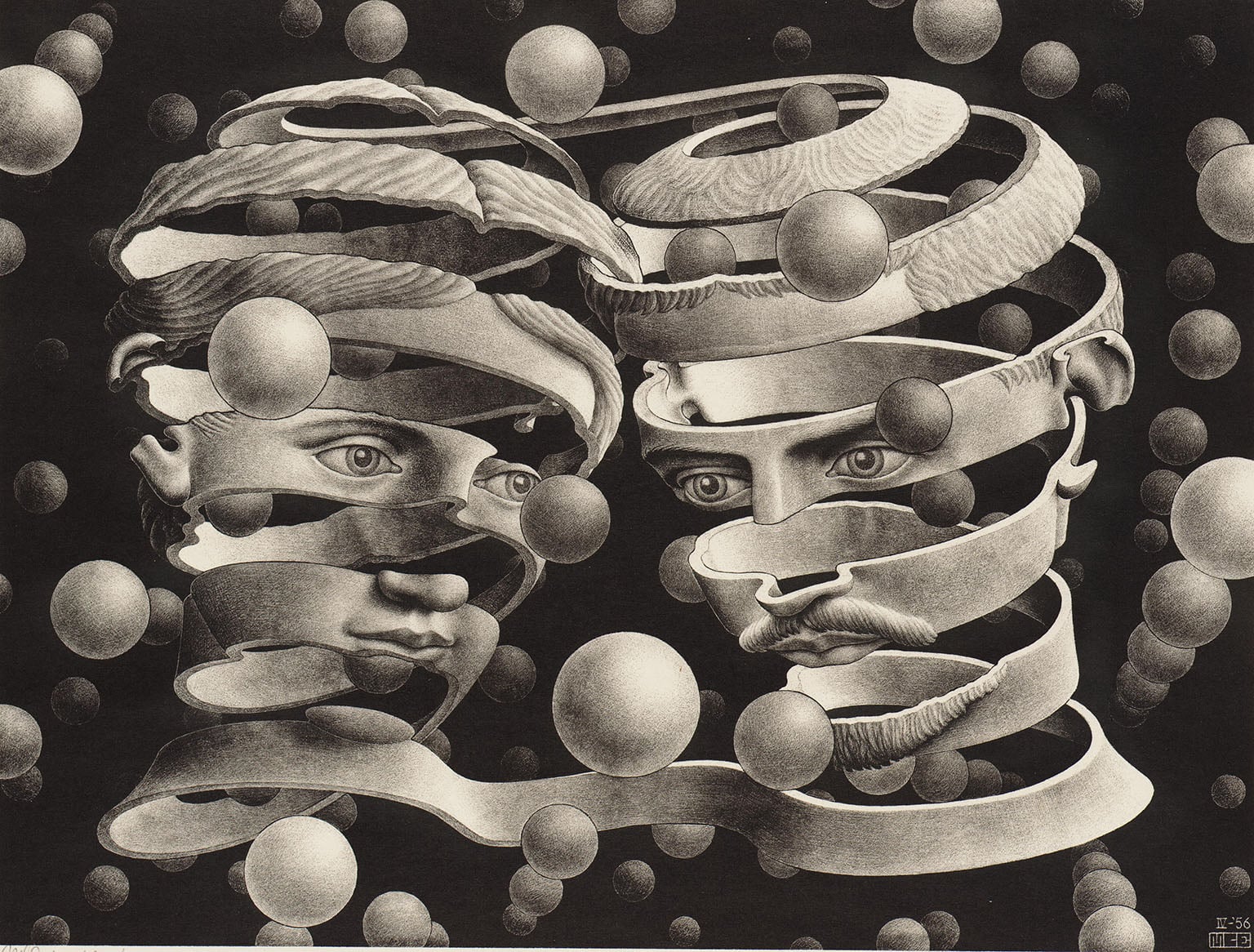 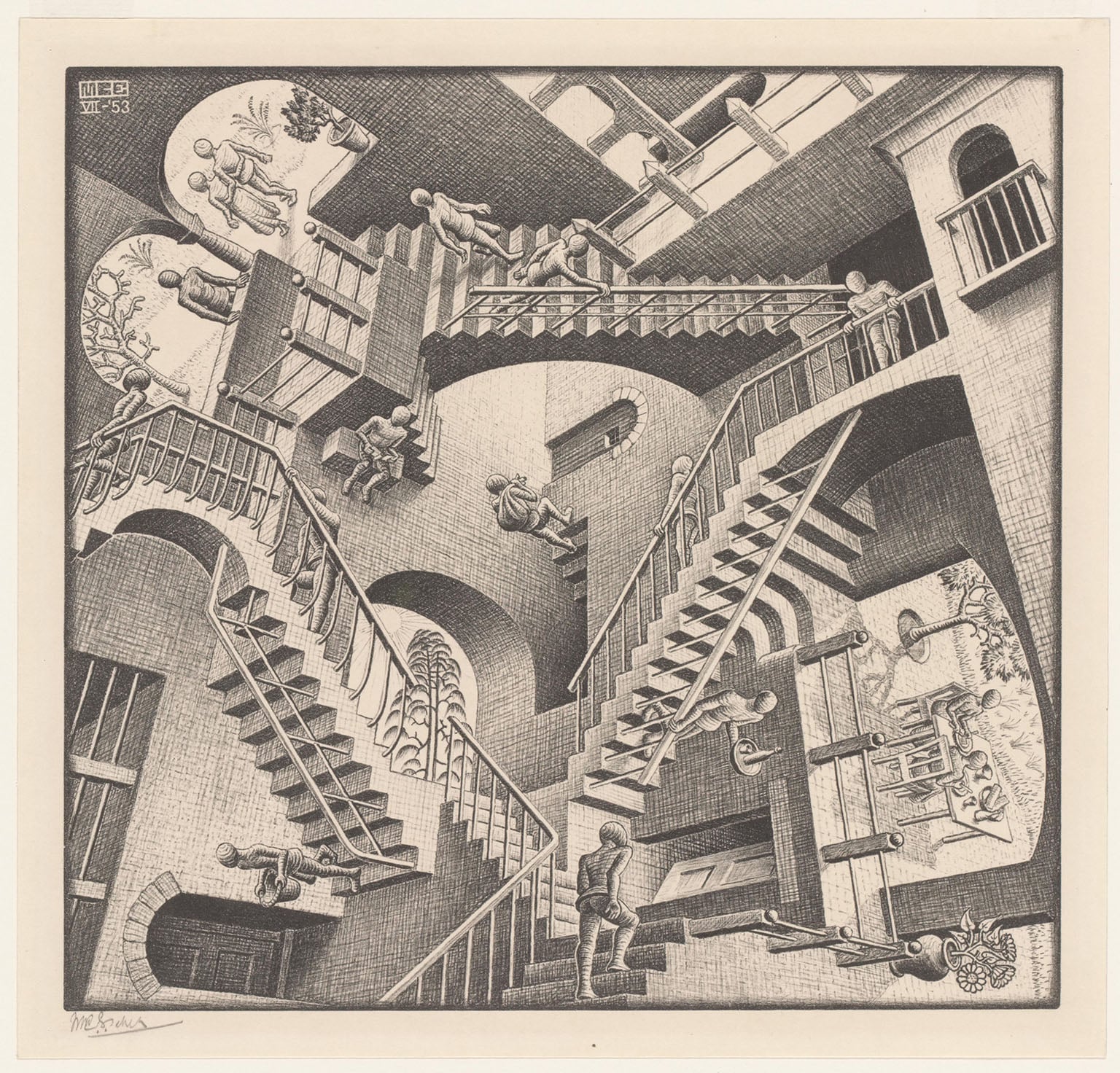 Illusionary landscapes and dual perspectives fill the impossible worlds created by this Dutch artist. His unique visual language is instantly recognisable, and most famous pieces such as Ascending and Descending and Relativity have permeated popular culture, inspiring cinematic homages (such as 'Labyrinth' and 'Inception') and even an episode of The Simpsons.

Despite this sizeable influence, Escher's name has remained relatively unknown in the UK, with only one print featuring in a public collection. This is partly due to his reluctance to participate in the celebrity status enjoyed by Magritte and Dali, with whom he shared aesthetic and conceptual similarities, and was quick to distance himself from any affiliation with the Surrealist movement. In an effort to shun fame he went as far as raising his prices in an attempt to reduce sales, and famously refused to design a Rolling Stones cover.

The Scottish National Gallery of Modern Art brings together over 100 works, including original drawings, mezzotints, prints, woodcuts and lithographs, allowing a new audience the chance to witness his artistry first hand. Archival material is also featured, demonstrating his incredible creative collaborations with geometer HSM Coxeter and mathematician Sir Roger Penrose. The latter aided Escher in his development of the 'impossible triangle' in which an eternal physics-defying loop is created.

This exhibition will travel to the Dulwich Picture Gallery, London in October.

Exhibitions and events at Scottish National Gallery of Modern Art 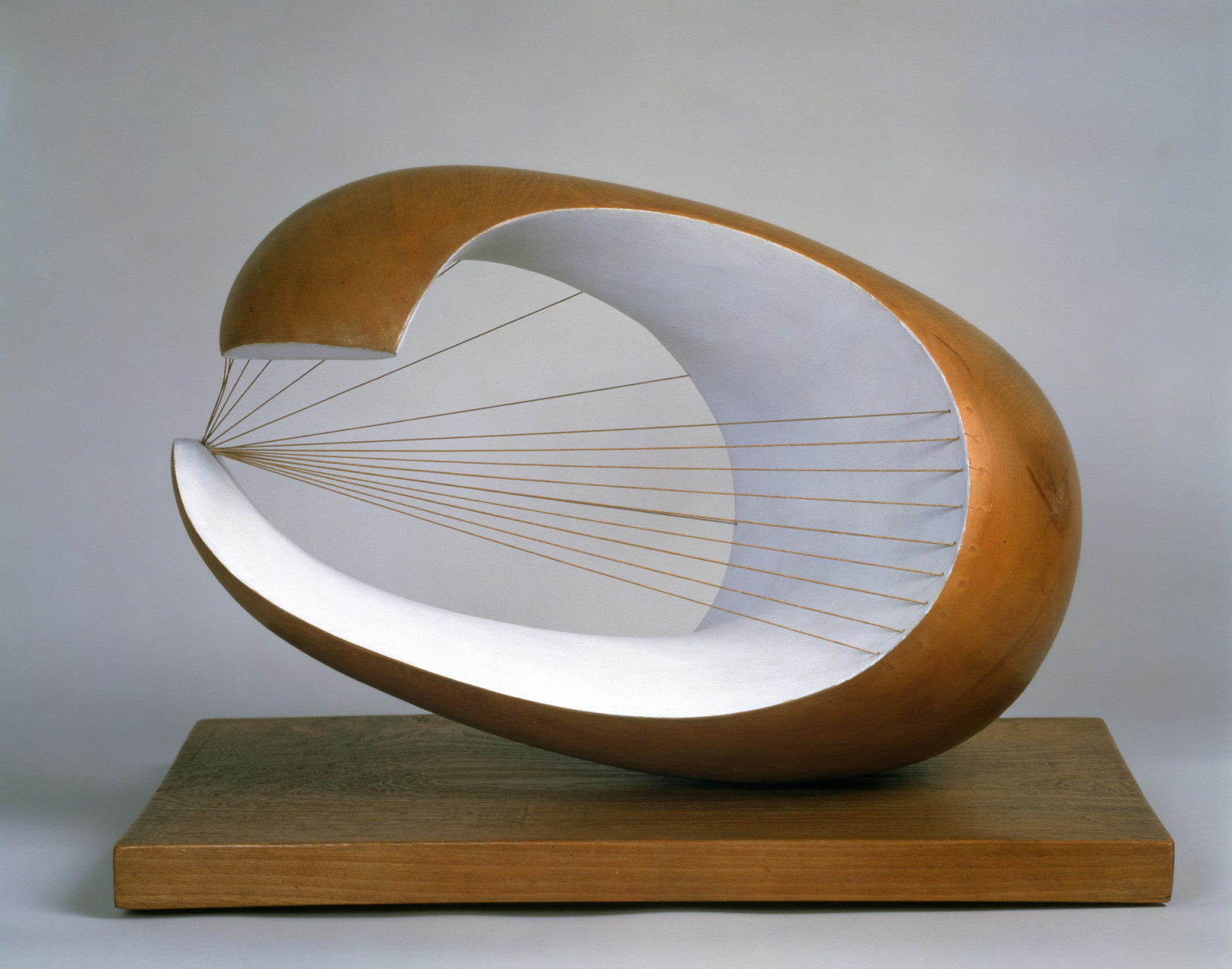