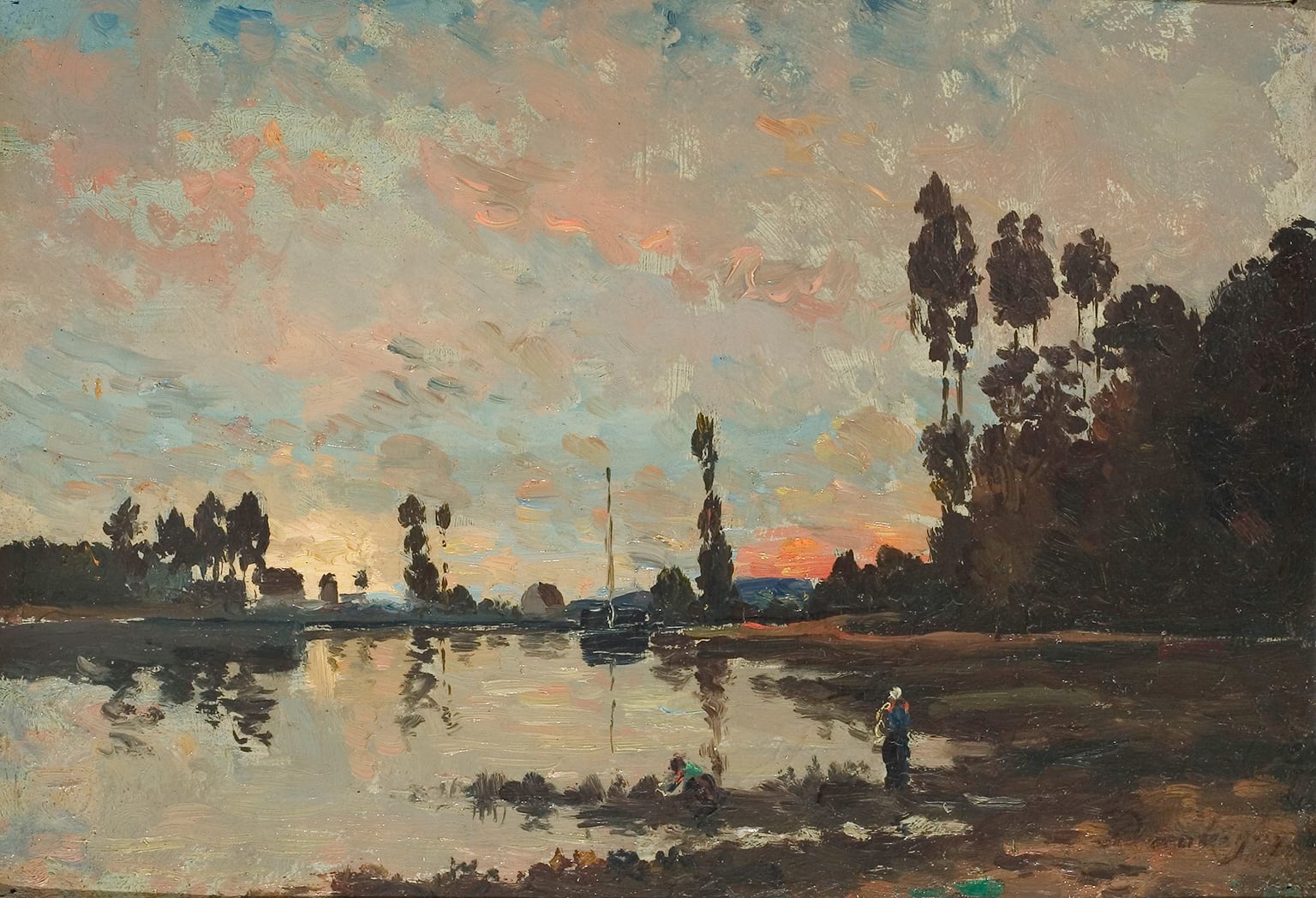 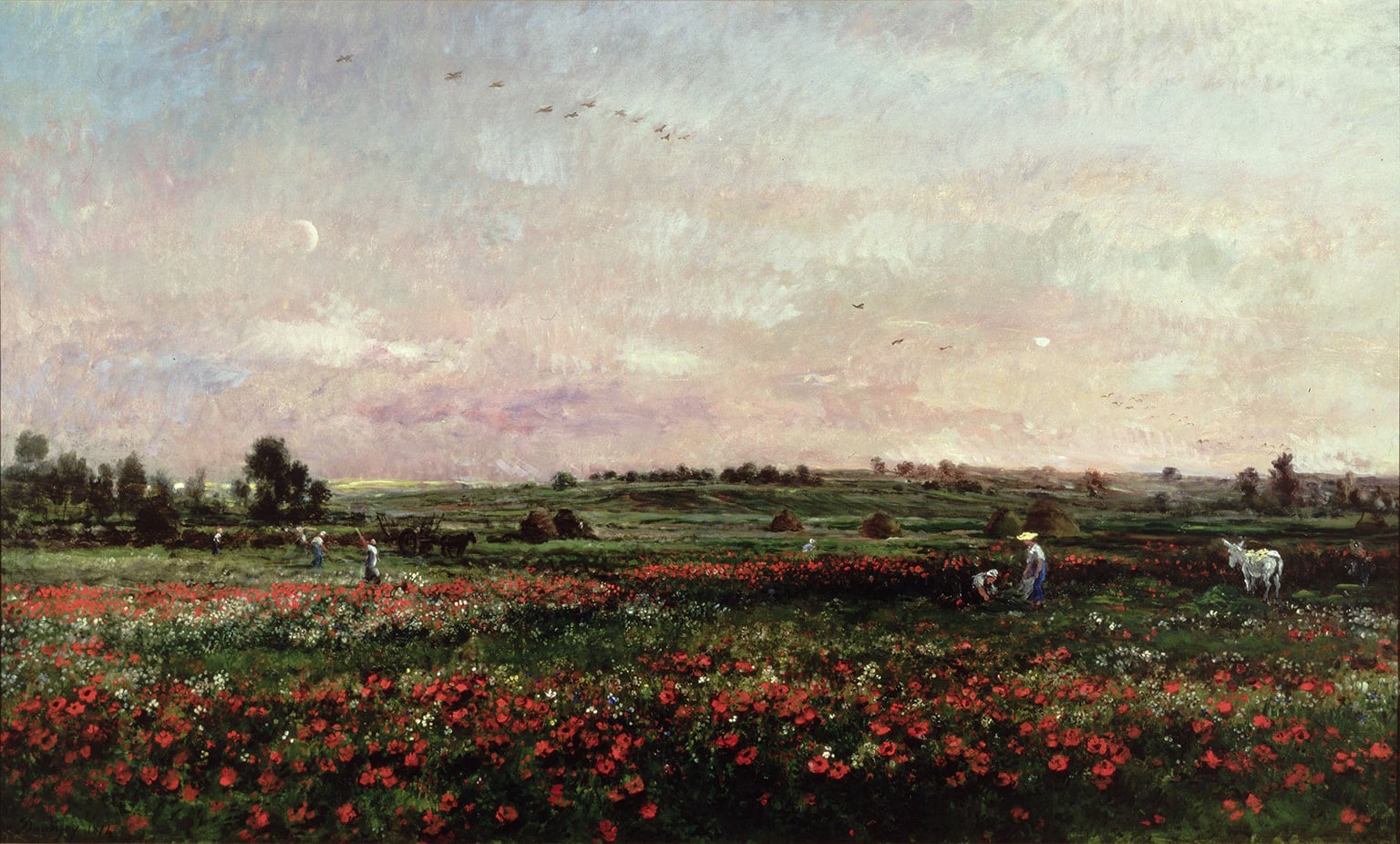 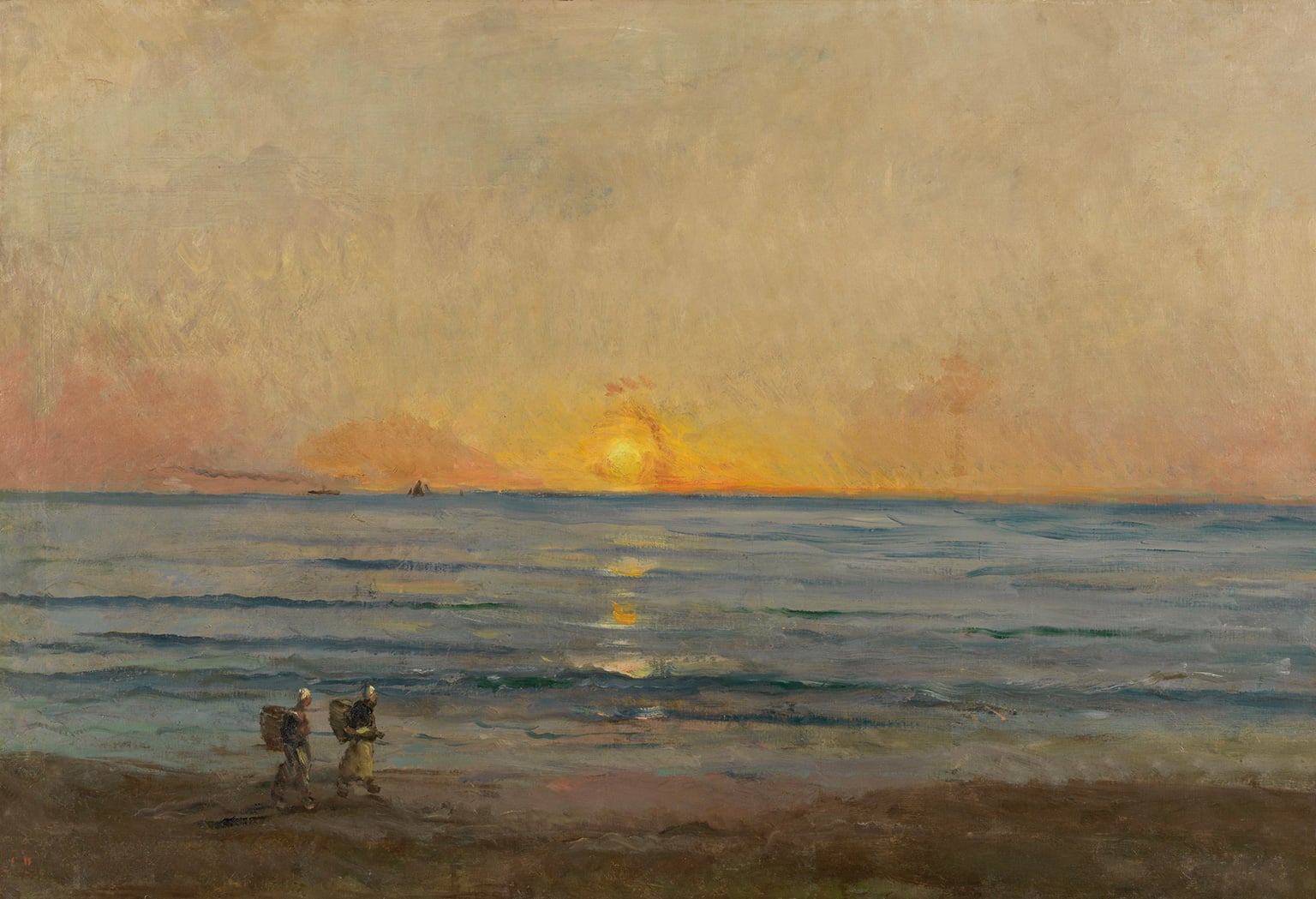 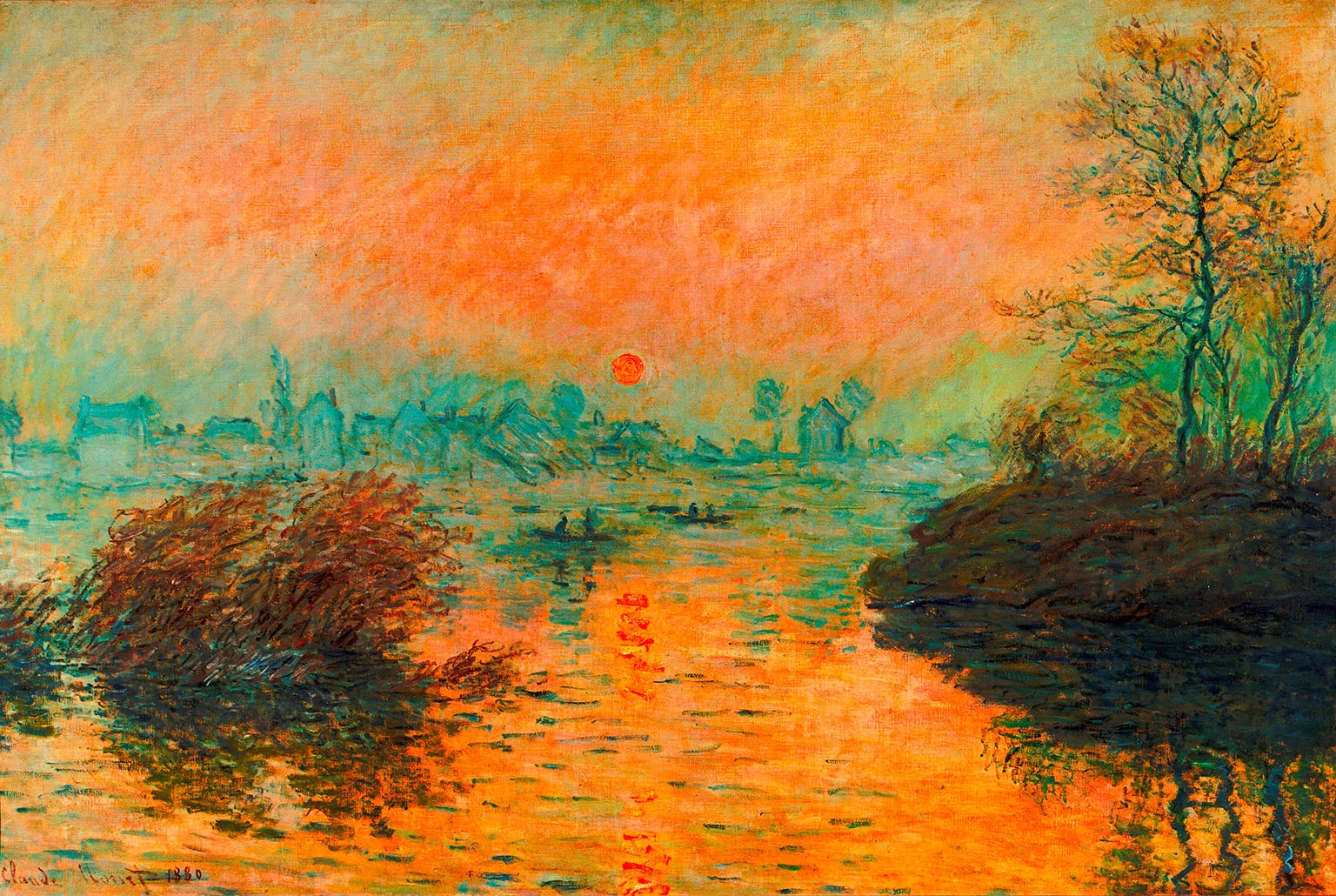 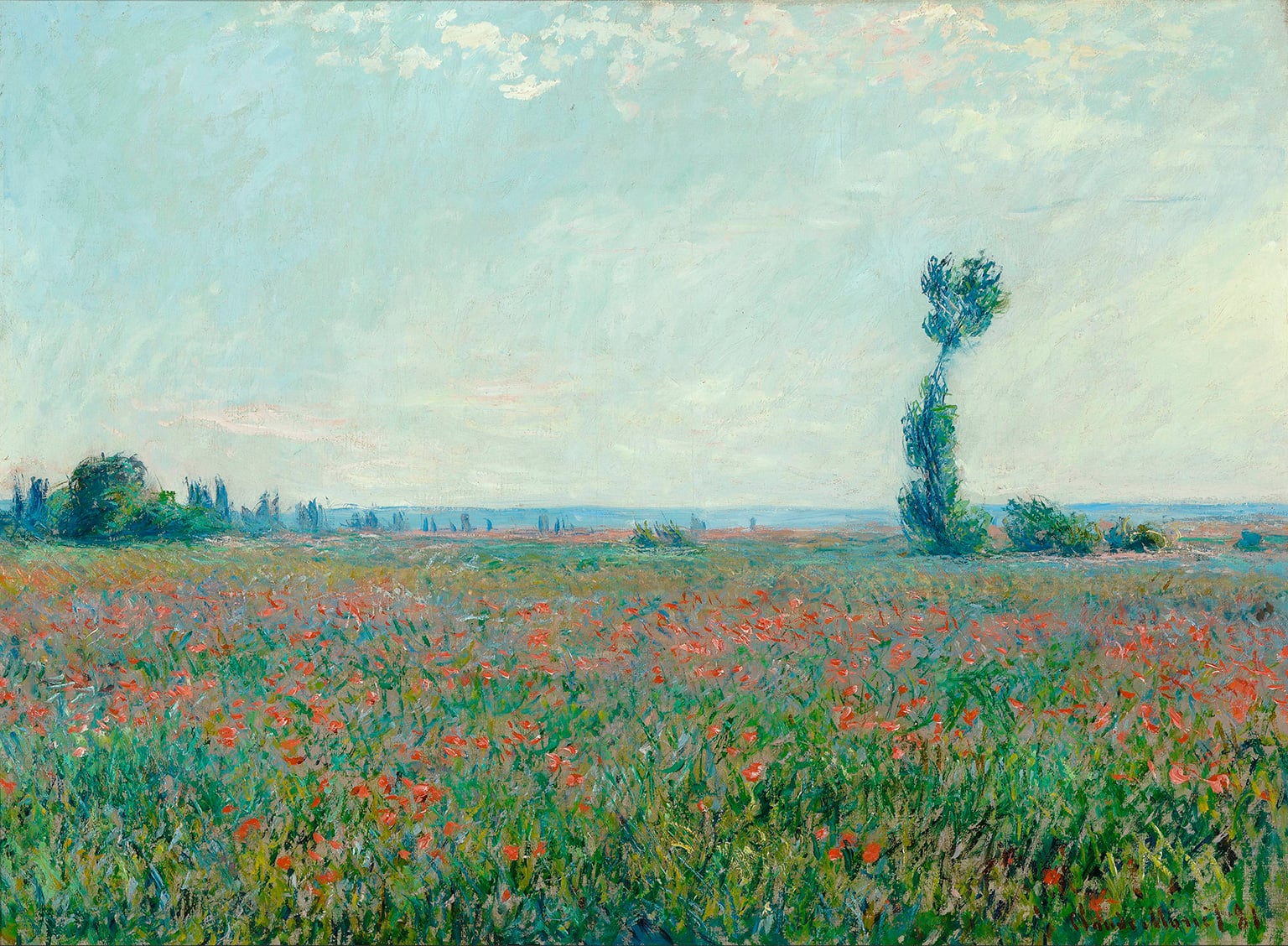 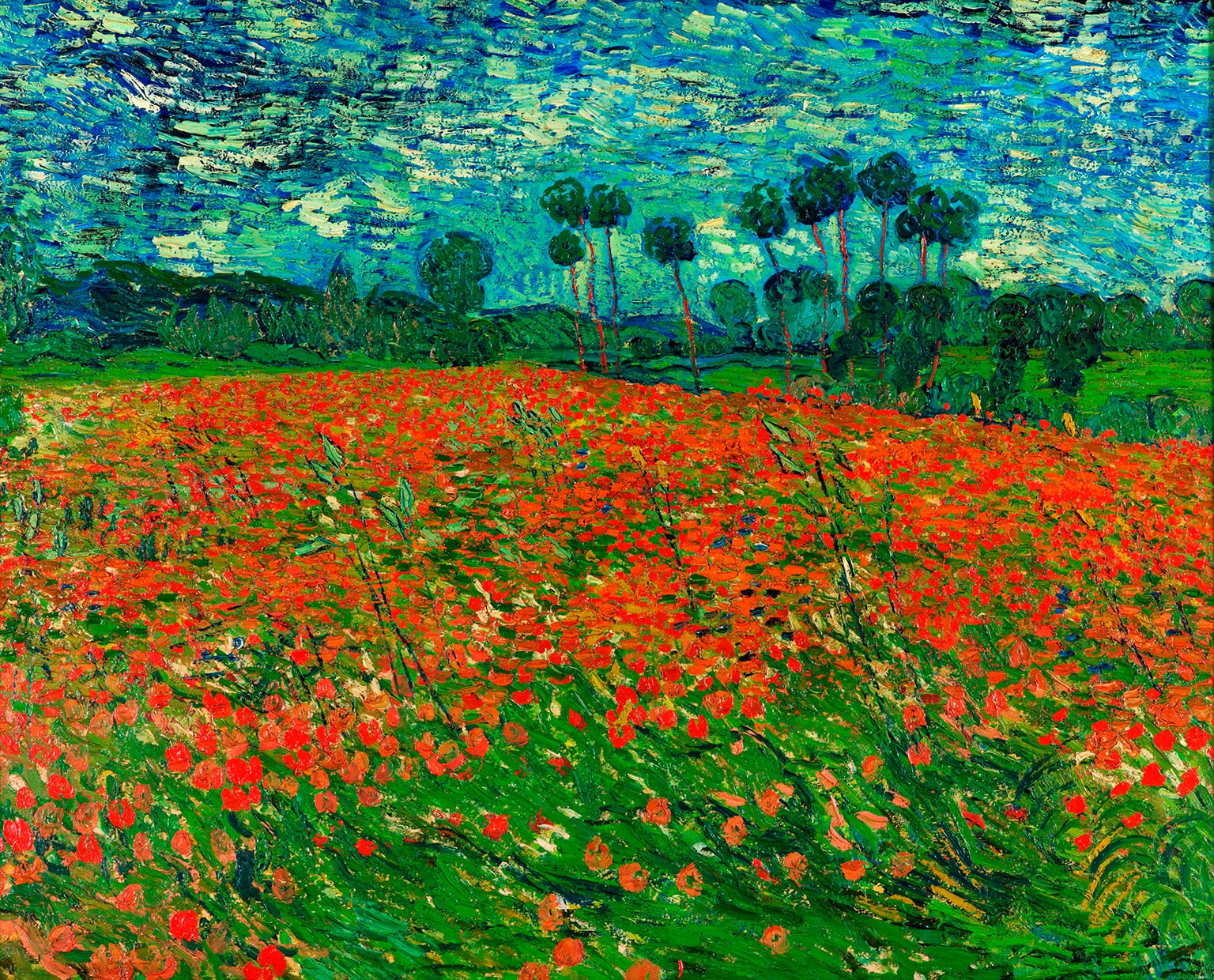 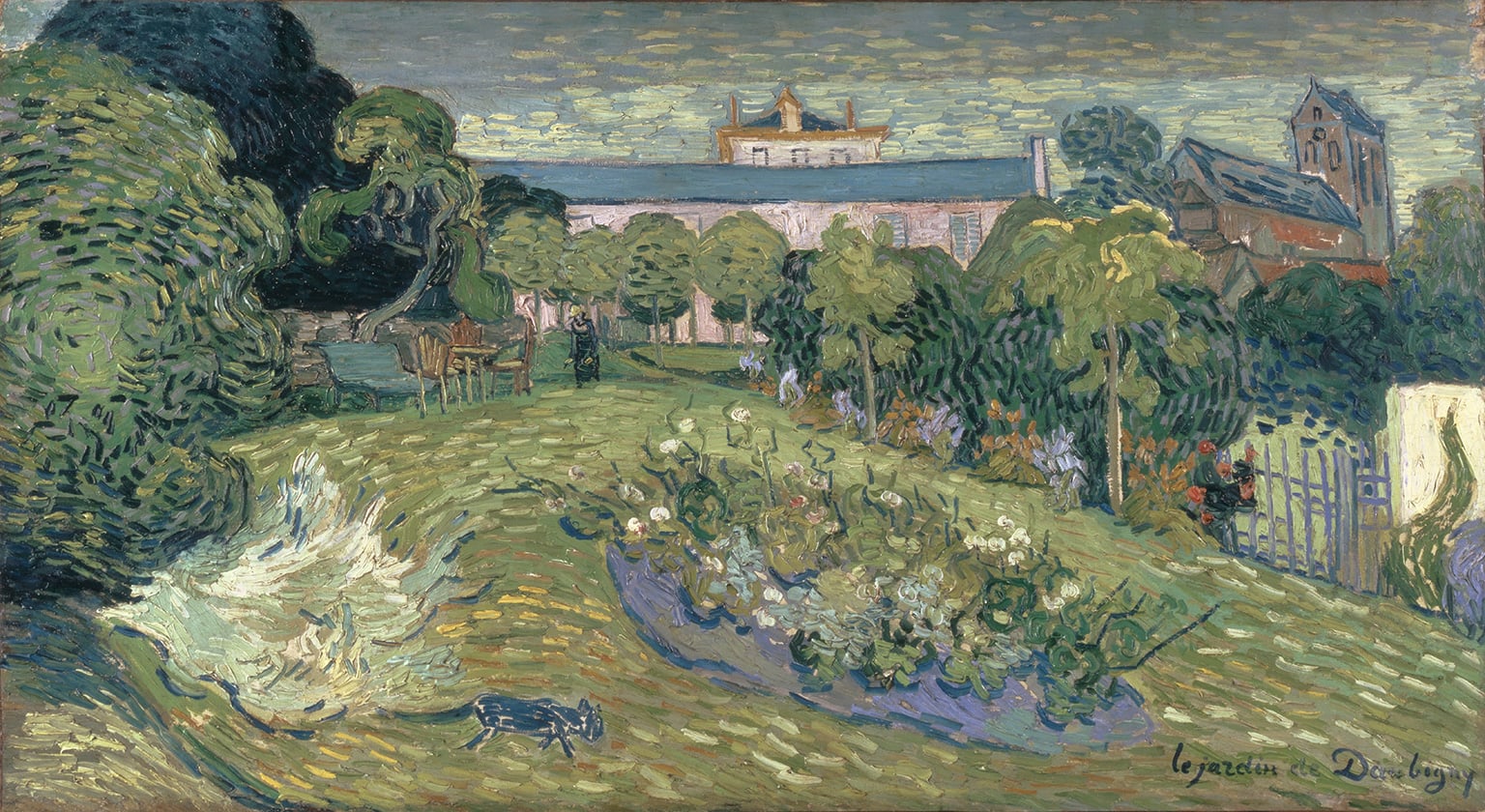 Charles François Daubigny, Fields in the month of June, 1874

Claude Monet, Sunset on the River at Lavacourt, Winter Effect, 1880-2

Daubigny was instrumental in the advent of Impressionism, with Monet, Sisley, Pissarro and Van Gogh among those who drew influence from his work. Yet while the artists he inspired went onto achieve international recognition, Daubigny's achievements have faded from glory.

In fact, he has never before been the subject of a major international exhibition. Daubigny wished to capture ‘the active life of the countryside’ and would often work en plein air from his river boat, creating bold textural paintings using a palette knife and 'dabbed on' colour. These methods would later become characteristic of Impressionist painting.

This exhibition brings together examples of his output with that of the movement's most prominent artists, revealing the incredible parallels between the two. For example, Daubigny’s Sunset on the Oise is shown alongside Monet’s The Seine at Bougival, Evening, both of which are romantically depicted in streaked, hazy colour. 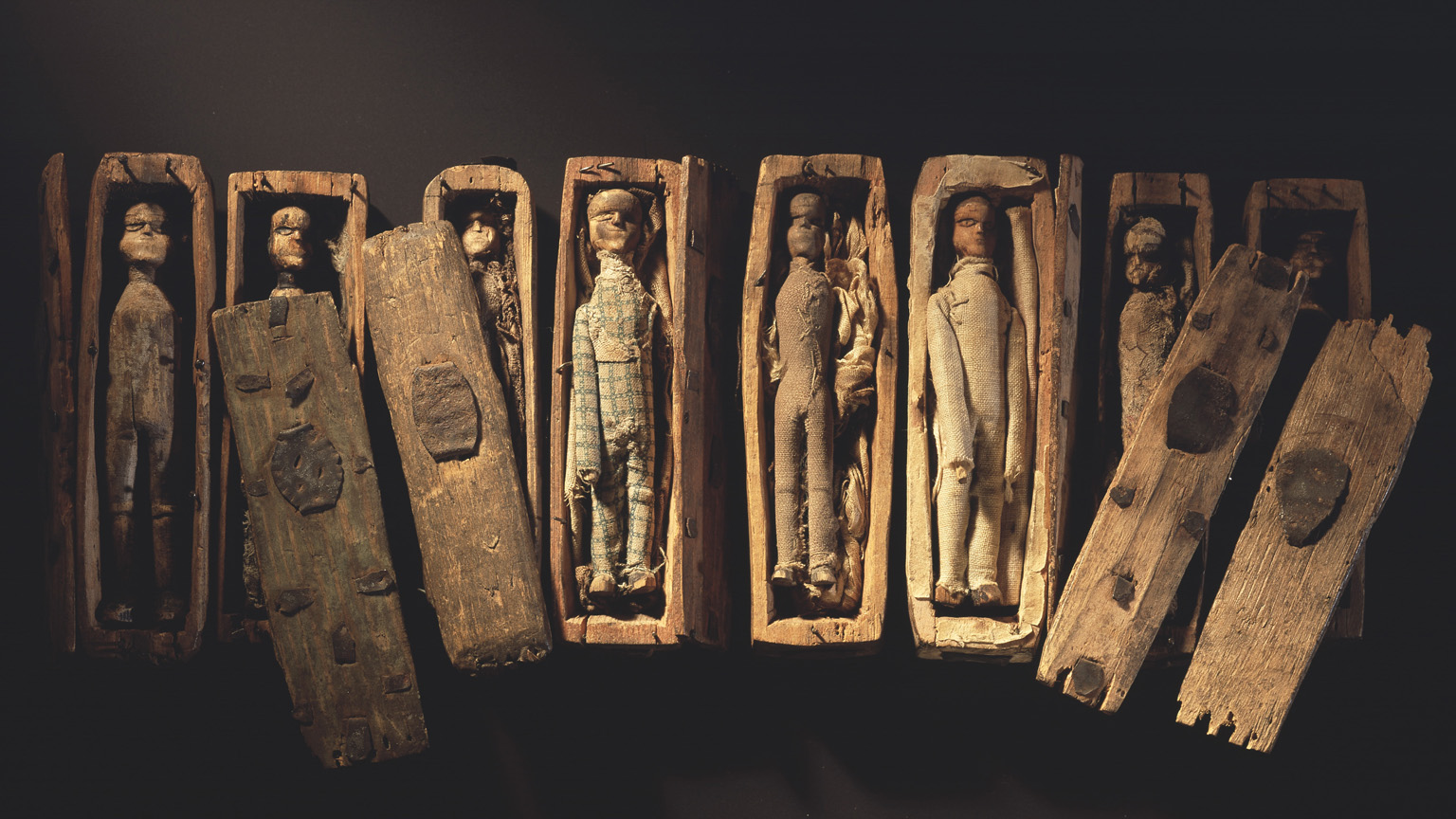