Review: Voices from the Deep, The Postal Museum

Rachel Mapplebeck discovers stories lost at sea in an exhibition of letters salvaged from a sunken cargo ship. 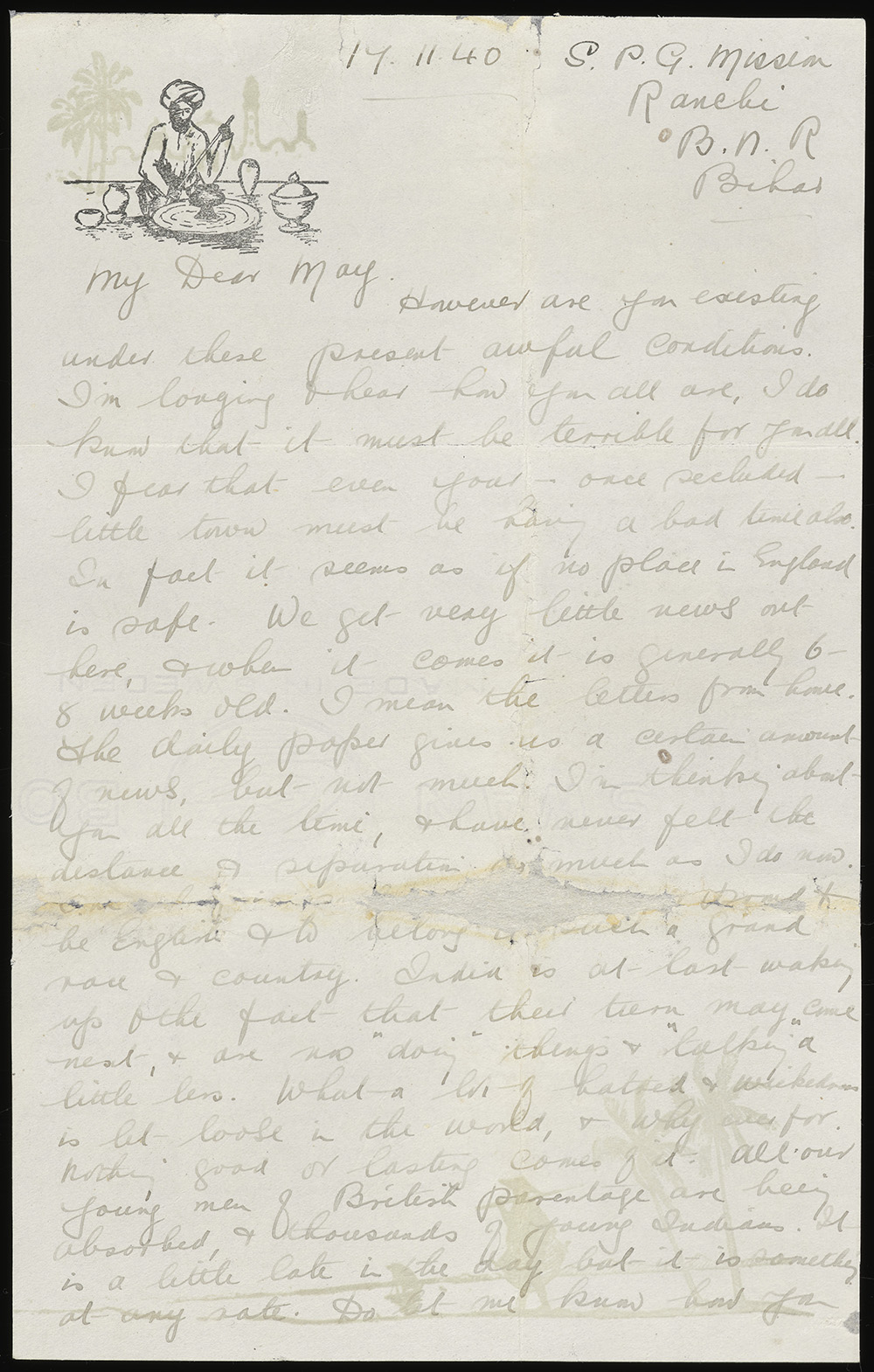 Letter found in the hold of the SS Gairsoppa, © The Postal Museum

On 16 February 1941 the SS Gairsoppa, a British India Steam Navigation Company cargo ship, was nearing the end of its journey from Calcutta to London.

On board were vital war supplies, including 109 tonnes of silver, and 717 letters.

In worsening conditions, the ship entered an area notorious for German U-boat attacks. Two days later a torpedo hit the Gairsoppa with terrific force. It took just 20 minutes for the cracked hull to plummet three miles to the seabed, where it lay untouched for 70 years.

While the steel hulk gradually rusted, the letters, stowed in the hold in a freezer-like microclimate, were preserved. Now finally salvaged, they are in the collection of the Postal Museum.

Together, as highlighted in this compact exhibition, the letters offer a vivid snapshot of life in British India in the winter of 1940. Writers complain of feeling cut off from England at this critical time, not least since post – so important to morale during the war – could take several weeks to reach its destination, if at all, which makes ironic reading given the fate of this mail.

Letters from soldiers, mainly engaged in the brutal tribal wars in India’s North-West, reveal how hard it was for them to conceive of the Blitz and show how desperate they were for news from loved ones. There are also letters from missionaries, Christmas cards, postcards, censored communications, and even one joyful missive sent on receiving news of a sweetheart’s acceptance of a marriage proposal – also by post.

Ignore the noise-bleed from the surrounding exhibits and it’s easy to become completely lost in the lives and loves penned in these papers.

Voices from the Deep is free with National Art Pass (£10 standard) until 30 June 2019 at the Postal Museum, London.

This review was originally published in the winter 2018 issue of Art Quarterly, the magazine of Art Fund.